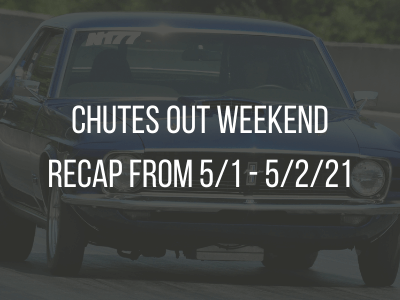 Money Trail #3 Recap: There is an old saying that goes, “April showers bring May Flowers.” After cancellations due to the persistent rain in April, the month of May kicked off with the second back to back Money Trail weekend of the season. Money Trail #3 began under beautiful sunny skies and strong winds. The strong winds caused safety concerns for our hometown heroes and all racing action was restricted to 1/8 mile. This race also marked the popular NHRA TV Challenge, with class winners in Top Bike, Sportsman, Super Pro, and Pro receiving a prestigious NHRA Wally. The NHRA Wally holds a huge importance in the sport of drag racing and comes in the form of a trophy named after the founder of NHRA, Wally Parks.

When the dust settled Saturday evening, victory lane saw a return of some old names visiting the winners circle. Super Pro saw the return of Thompson to victory lane when Scott Thompson defeated Alan Robinson in an exciting final round match up. Pro Eliminator saw a heads up final with Rich Pennington returning to victory lane when he defeated Rob Snyder. Leading lady, Lee Ann Ormsbee was the queen of Sportsman Eliminator when she defeated Adam Werner in the final. The Pro Dial class made it’s second appearance of the season at the Grove with a captain by the name of ‘Ream’ aka, Ted Meyle leading the way. Meyle defeated Ray Barlow in an exciting final. Top Bike saw hometown hero Keith Alesin return to victory lane with a win over Joe Stuebner. Don Stilley picked up a popular second career win in trophy over Doug Fellenbaum. 2018 Jr. Dragster beginners track champion, Logan Anderson, made it back to victory lane with a win over Bobby Pennamaker. For the second straight race, Matthew Serrano, was standing tall in victory lane when he defeated Josh Plummer in the Jr. Street final.

Money Trail #4 Recap: Money Trail #4 kicked off on a warmer, sunny and less windy Sunday. Super saw legend, Jackie Grater, take the win over a resilient Rick Terkowski. Terkowski suffered major breakage to make it to the final and take home runner up. Pro and Sportsman saw a father and son duo sharing the same vehicle in victory lane. CJ Ketterer took the win in Pro over Robert Reinert and Mark Ketterer defeated Adam Werner in the sportsman final. Top Bike saw Kevin Twordowski pick up a popular win over Wayne Pyform. History was made at Maple Grove when two final rounds featured all leading ladies. Emma Quinter defeated Kelsey Brinkman in the Jr. Dragster final and Taylor Zajac defeated Amy Ketterer in the Trophy final. More history was made when Olivia Mowday picked up the Jr. Street title over Jordan Youndt. This marks the first time in track history that three leading ladies scored at a Money Trail event. Join in on congratulating your leading ladies and hometown heroes on their wins this weekend!

All eyes turn to next weekend for the first major event of the season, The Battle of the Weekend Warriors, featuring the Northeast Outlaw Pro Mods. It all kicks off Friday with a John’s 625 Automotive Fast Friday Night featuring the first round of qualifying for the Northeast Outlaw Pro Mods. Saturdays Battle of the Weekend Warriors features racing action in Super, Pro, Sportsman Bike, Pro Dial, and Index Classes at 8.50, 10.0, 11.50, and 12.50. This is one show you do not want to miss! BE THERE! 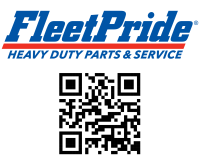